Since 2019, System Power product line which covers 1k-128kW+ output range was officially introduced. Adjust output voltage and other parameters, or multiply output power are as simple as assembling building blocks. So, it features very high flexibility that adjustments can be made to fit requirements of the end system. Products are certified by multiple safety standards, suitable for water treatment system, factory automation, Burn-in system, horticulture…etc . In addition, smart controller CMU1 & CMU2 can be used together to enhance local/remote monitor and control of the system. With above advantages, system power solutions can fulfill power needs in various industries. 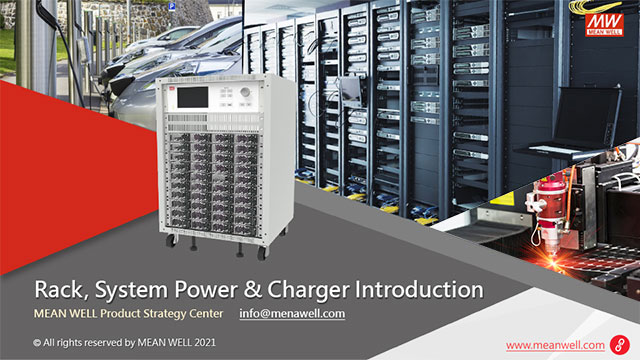 MEAN WELL  standard PSU provides the wattage range from 1000~ 3200W, though the active current sharing design, with the combination of the rack shelf, the maximum power can be reached up to 128kW in total.  When accompany the high power system with MEAN WELL smart controller CMU1 and CMU2, multiple applications can be fulfilled, such as power management, EV charging, horticulture…etc, which provide a total solution for various application. 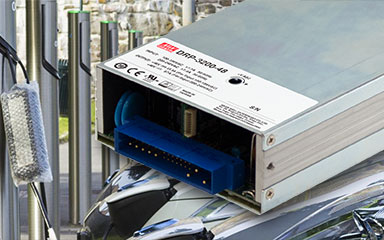 DRP-3200 is a 3.2kW single output rack-type/enclosed type AC/DC power supply in 1U low profile and a high power density up to 37W/inch3. This series operates at 90-264Vac input voltage and offers models with the DC output mostly demanded by the industry. Each model is cooled by thermostatically controlled fan. 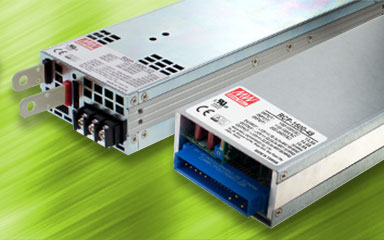 Burn-in is the process by which components of a system are exercised before being placed in service and often time prior to the system being completely assembled from those components. This testing process will force certain failures to occur under supervised conditions so an understanding of load capacity of the product can be established. The intention to carry out burn-in test is to detect those particular components that would fail as a result of the initial, high-failure rate portion of the bathtub curve of component reliability. If the burn-in period is made sufficiently long (and, perhaps, artificially stressful), the system can then be trusted to be mostly free of further early failures once the burn-in process is complete.

To fulfill this kind of requirement, numbers of high wattage equipment will participate in this situation, therefore, with the flexibility of MEAN WELL’s system power, users are able to overcome and achieve a ALL in ONE BI system by its functionality. 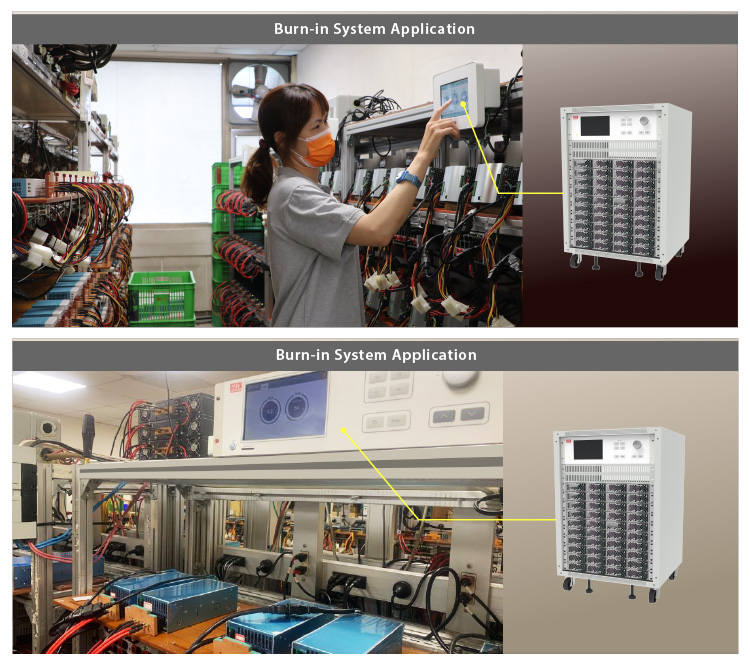 Only 0.8% of the world's Freshwater resources that can be used directly, such as rivers, lakes and groundwater,, so the available freshwater resources are very precious and scarce. 17 Sustainable Development Goals are adopt by united nations, of which several are closely related to water resources. Most water treatment systems need to apply energy to the electrode through a power source to achieve the effect of electrolysis. The gas and acid-alkaline liquids produced after electrolysis can be used for different purposes, such as hydrogen cars, disinfection water... etc.

However, since the electrolysis equipment needs to apply different levels of energy for different water volumes and different water conditions. MEAN WELL system power supply is able to control the output current of the power supply through the PC function, which can meet the control logic of the electrolysis equipment. On the other hand, the total power is expandable that make it suitable for different scale of water treatment equipment.

The picture below shows the illustration of the synchrotron of TPS for which it mainly consists of Linear Accelerator (LINAC), Booster Ring and Storage Ring. The source produces the particles which are propelled up to speed in a LINAC before they are injected into a booster ring to be accelerated further. The particle beams then enter the storage ring, which maintains their speed. In case particle beams are diverted at speeds close to the speed of light, it emits part of the energy as synchrotron radiation in the form of electromagnetic waves.

Depending on requirements, the super bright beams are then diverted into the beamline to perform the experiment or application in the end station. RF amplifier system is to compensate the power loss of the particle beams in the storage ring due to the emission of synchrotron radiation by which a signal picked up on ring can be amplified and fed back in on the opposite side of the ring at a dedicated phase angle. The feedback loop helps to reduce the size and energy distribution. MEAN WELL system power solution is installed and applied as the DC power source for the RF amplifier system in the storage ring. 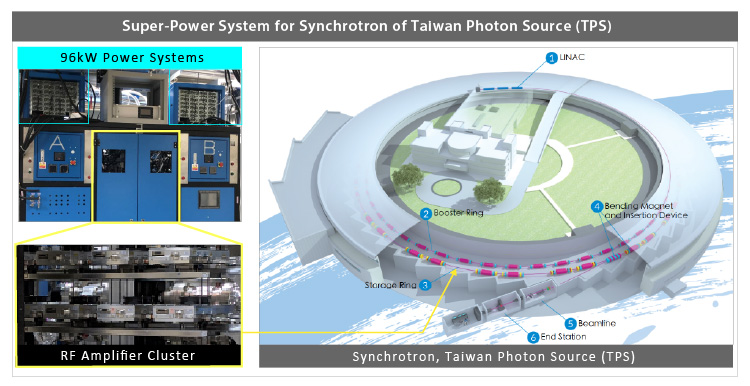